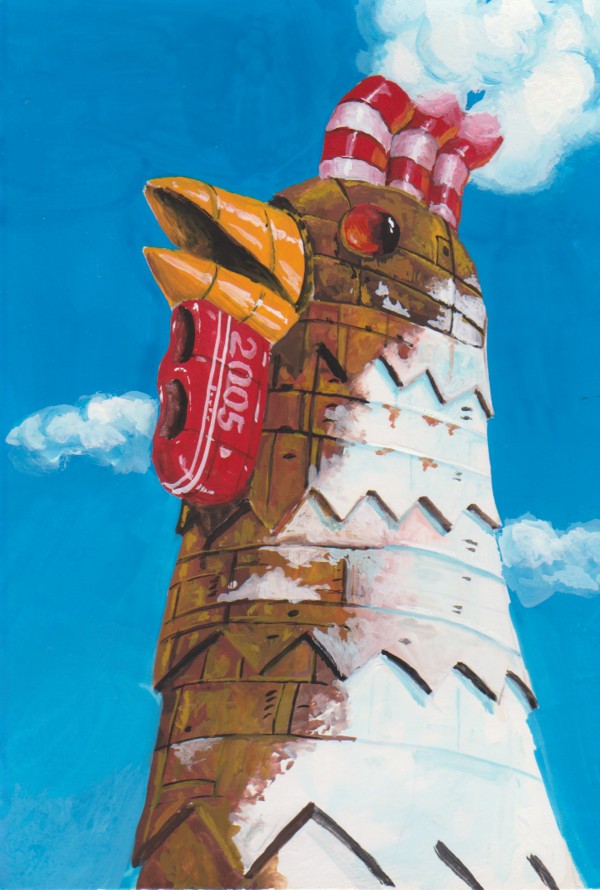 “The Case Book of Keisuke The Stomatologist”

Very popular seriese of Hatsuko Wada, whom we interviewed six years ago, was finished, so we interviewed again for commemoration. We heard many stories about following works; surprised but satisfactory closing for the final story of “Futer of Sakura Slope,” “Special Patrol, Takamori Saigo” which Sego-don played an active part vigourously, “Oetsu” described about Edo version Michiko Daimon, and her latest work “A rascal of Warashibe.”

Chapter 3. “The Trouble-Buster in Galaxy Group ”

Huge space ship, Genaration Ship, was built hastily, because their home star was going unstable and a sign of sudden expansion appeared. After some century passed from the ship's departure, the tail shield was damaged because of impulse thrust of nuclear bomb. On this ship a boy recieved a telepacy from Frontier. But his ability was hated from people of Generation Ship....

What's the wish of a revived vampire...? How's destiny of baby born between pure young man and evil empress...? All the old proffesor was wished was to survive his dearest wife.....

This is the second topic of Schi-Fi language term.

This time, I told about people lovin' hierogram of Egypt and Methopotamian cuneiform which have mystic appearance.